“Manners Maketh the Man” (or) Why William Wilberforce was the man Mr. Darcy would have aspired to become We have all heard the saying that “Manners Maketh the Man,” but in this month of August 2021 as we celebrate Jane Austen at The St. James Tearoom, a fresh discussion of this idea has great merit, not only because manners and conduct in relationships was the subject of Austen’s writing, but because we continue to see increasing levels of incivility becoming the norm in our society. More than ever, we need a resurgence in understanding just what this phrase truly means.

William Wilberforce was a man who could most assuredly step right into a Jane Austen novel. He was a young heir to a great fortune, possessing a great number of properties, and also extremely well connected in the highest levels of Britain’s society, all of which led him to join Parliament at a young age. In most ways, Wilberforce was the man that Mr. Darcy would have aspired to become. 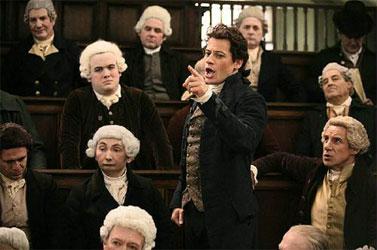 William Wilberforce ultimately became known to history for being the single driving impetus behind Britain outlawing its practice of slavery across the civilized world at that time. It took Wilberforce more than 30 years of unending labor and toil to get the law passed by Parliament, which freed an entire race of people across all the territories of Britain across the world. He is often noted for his ‘grit’ and his ‘endurance’ in pursuing this goal. Yet most people would be surprised to learn that Wilberforce had another life goal, which he would say was more important than the abolition of slavery itself! What was Wilberforce’s first, most important life goal? It was, in his own words, the “Reformation of Society’s Manners.”

How could an intellectual great like Wilberforce believe that the following of a bunch of silly rules and the creation of a maze of regulations governing behavior was more important than the abolition of slavery?

Our biggest mistake in our approach to the subject of “manners” is to focus on the behavior, the little things here and there (when to wear gloves, how to hold a teacup…), while forgetting about the beliefs that ultimately form the foundation of those actions. Wilberforce knew a fundamental truth about humanity that seems to be overlooked in our modern society—that Behavior always follows Belief. If you can change a person’s belief, their behavior follows as a natural course. We must understand what Wilberforce understood—that if people believe that ALL others are valuable and have worth, then we will act differently toward them—and as a result, manners will happen without our thinking about it.

How could Wilberforce abolish slavery (an institution created by the actions of individuals) unless he first changed the beliefs of the people practicing slavery? How could he abolish slavery until those making the laws governing the practices of slavery were convinced that every human being has value and has certain unalienable rights, to the point where they were willing to lose their own profit? Wilberforce wisely understood he could never succeed in abolishing slavery until he could “reform society’s manners” (change their beliefs). Once Wilberforce changed their beliefs, their behavior (their manners in action) would follow as a natural course.

If you cherish the woman at your side, then holding the door for her becomes not a compulsory “following of the rules” to impress her, but a privilege to show her she is valued and precious. If you value a friendship deeply, you patiently take time for little niceties, remembering that something perhaps less important to you may be very, very important to your friend, and because it is important to them, it is important to you.

Having the right belief (valuing and honoring people) naturally leads to behaviors that exhibit this belief (manners). Exhibiting this belief in action over time will create a character built around mutual respect and honoring others. Having an established character over time leads to a high reputation in society, and this reputation is what used to be called “being a Gentleman.” So in truth, Belief leads to Behaviors, which lead to Character, which leads to a Reputation of being a certain type of man. Manners truly do maketh the man.

Our modern culture today badly needs men (and women) who believe strongly in the value of all people, regardless of differences, and who are courageous enough to act upon these beliefs in a myriad of small, intimate ways, day in and day out—manners acted out in public for the benefit of all and a more civil, unified society. 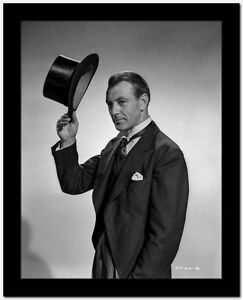 Remembering the Tradition of ‘Mothering Sunday’ and Simnel Cakes (with Recipe)

Watch the Video Introduction to our April Menu – Charlie and the Chocolate Tearoom!